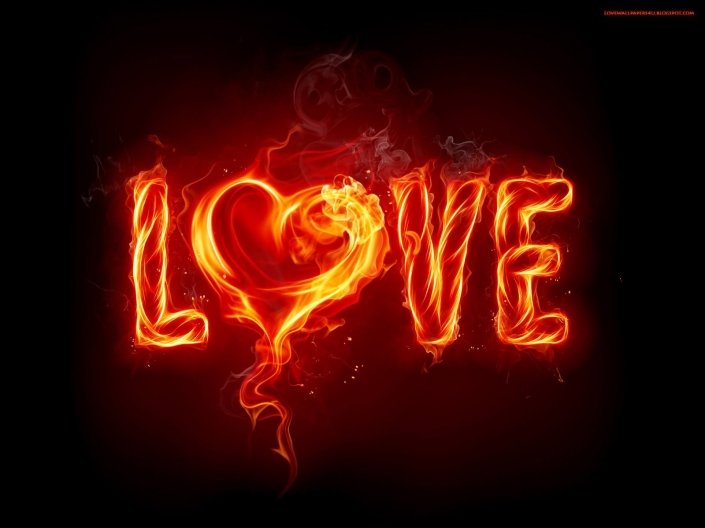 I can not think of an area of life in which men of all ages seem to battle more in.  No other thing seems harder for men to choose God’s way of wisdom in, than the area of women, relationships & sex.

There are guys everywhere, who have literally ruined their lives & the lives of others because they have not feared God enough, have not been wise enough to embrace God’s wisdom with regard to sex & relationships.

Proverbs 5 is written from the perspective of a father speaking to his son.  As a father he knows how beautiful, powerful & yet potentially destructive sex can be and so he is wanting to impart wisdom to his son regarding this area of life that is so full of pleasures yet can lead to so much pain & ruinous consequences if God’s instructions are not followed.

1 My son, be attentive to my wisdom;
incline your ear to my understanding,
2  that you may keep discretion,
and your lips may guard knowledge.

It’s wise to learn from life experience but it’s even wiser to learn from the experience of others.  Had this father messed up in this area of sex & relationships?  Are there painful personal experiences informing his exhortations to his son?

Often the problem for men in this area is that our desires are so strong that men often aren’t guided by their heads, but rather close their ears to wisdom regarding these matters and simply follow their desires.

3  For the lips of a forbidden woman drip honey…

What does the ESV translation mean by ‘forbidden woman’?

It’s important to say that there is NOTHING about women that makes them any more or less capable of evil than men are.  Although both Proverbs 5-7 do warn men of certain women whom they will encounter in life, women who will be a temptation to them, the phrase translated ‘forbidden woman’ does not communicate that women are evil in some general way.

So what does this phrase communicate?  ‘Forbidden woman’ is especially helpful when one considers that it describes the relationship of all women towards those men who are not their husbands.

The wise advice here to the son is that any woman who is not his wife, or is not his wife yet or is in fact someone else’s wife – all such women are forbidden to him in terms of any sexual intimacy or arousal of any kind.

3  For the lips of a forbidden woman drip honey,and her speech is smoother than oil,
4  but in the end she is bitter as wormwood,
sharp as a two-edged sword.
5  Her feet go down to death;
her steps follow the path to Sheol;
6  she does not ponder the path of life;
her ways wander, and she does not know it.

All sexually tempting situations promise much (with smooth talk and sweet honey), however in the end are bitter in reality and lead to ruin, even death itself!

What a contrast!  Pleasure, delight promised, pain and death delivered.

7  And now, O sons, listen to me,
and do not depart from the words of my mouth.
8  Keep your way far from her,
and do not go near the door of her house,

The father’s plea to be attentive is repeated and broadened to include other sons too.  The father’s advice is keep away, far away!  Don’t mess around, don’t even go close to this type of temptation and sin, steer well clear.

Don’t put yourself in compromising situations, don’t kid yourself that you’re strong enough, that you can handle the temptation.  Don’t even go close.

I remember in our long days of courtship, how Nadine and I needed to make some decisions, needed to resolve to avoid certain situations, to not even go near to them in order to remain sexually pure leading up to our wedding day.

We loved driving around the beautifully romantic Cape Town peninsular, spending hours talking and just enjoying the sights and lights of Cape Town.

But we didn’t want to go even near to temptation, so we resolved to not stop the car after dark!  After-all, if I was driving that meant at least ¾ of my limbs had to be  involved in driving the car.

I have been to Zambia and seen the mighty Zambezi river in flood pouring over the 108m high Victoria Falls. It is 1.7km wide at the Victoria Falls with 6million litres of water per second flowing over it when it is in flood! The column of spray from that waterfall can be 400m high and seen over 40km away. I have been in a boat on that river while it was in flood about 10km upstream, with two 90hp motors struggling to keep us from being washed downstream towards the falls…

I think that the whole area of sex is a little bit like this mighty river and it’s waterfall. If going over the edge of the falls is sexual sin then dipping your toe in the river upstream of the falls or even going for a swim or a paddle is like dabbling with sexual temptation and arousal, going near the door of her house.

Far too many men have told themselves they are strong swimmers or paddlers, told themselves that they can handle paddling on this river! Only to be swept away in a moment of passion and swept over the falls of sexual sin.

Men like to think they are in control. We like to think we can handle situations, wisdom says, this river of sexual arousal is SO strong you’re kidding yourself if you think you can paddle around in it and not be swept over the falls which leads to great pain, shame or even death.

So, work it out, work out how not to even go NEAR the door of her house, whether that is a literal door or a metaphorical door some action/activity your should avoid, steer clear of.

9  lest you give your honor to others
and your years to the merciless,
10  lest strangers take their fill of your strength,
and your labors go to the house of a foreigner,
11  and at the end of your life you groan,
when your flesh and body are consumed,
12  and you say, “How I hated discipline,
and my heart despised reproof!
13  I did not listen to the voice of my teachers
or incline my ear to my instructors.
14  I am at the brink of utter ruin
in the assembled congregation.”

Vs9-14 reveal where temptation ultimately leads us.  We end up giving ourselves to others who take our honour, life and strength from us so that in the end of our life we are left groaning and our bodies even are consumed.  These verses reveal the true consequences of forbidden sexual arousal and sin; regret (vs12-13), ruin (vs14) and shame in the community (vs14).

Satisfy yourself within your own marriage, keep your love exclusively for your spouse, don’t spread yourself around like cheap water flowing in the gutters.  And if you’re not married yet, keep yourself for that day, for that one relationship so that you won’t ruin what you want before the time and end up damaging the very relationship God intends to satisfy you with.

18  Let your fountain be blessed,
and rejoice in the wife of your youth,
19  a lovely deer, a graceful doe.
Let her breasts fill you at all times with delight;
be intoxicated always in her love.
20  Why should you be intoxicated, my son, with a forbidden woman
and embrace the bosom of an adulteress?

I love God, and I love the bible! I love how God is not anti-fun, not anti-sex or anti-pleasure but totally for it. In fact it was God who designed us for pleasure, God who invented sex and gave it to us. However, God gave it with specific instructions for use so that it would be for building lives and marriage and not tearing down life.

Vs18-20 ends with a section of exhortation about sexual fulfilment in marriage, it’s sex as God intends it for you and for me!  God’s plan for you is that you be fulfilled with amazing sex in marriage with your wife/husband!  There’s a hint here even that God’s plan is even for you to get married while you are still young (vs18) so you can enjoy youth together with your spouse.

If this is God’s plan for you, if God’s plan for you is fulfilment in marriage then wisdom says, God says – don’t be intoxicated, don’t embrace any forbidden woman (vs20)! Dipping your toe in that river which leads to death and regret and destruction of marriage is to poison yourself and poison your marriage or your future marriage.

If you’re married, known this, that there is nothing like satisfied sexual intimacy in marriage to protect you from external sexual temptations!  In this Proverb we are instructed to rejoice in sexual intimacy with our own wives, captivated by her beauty, delight in her breasts continually and be intoxicated (drunk) with her love and our mutual lovemaking…

When you are truly fulfilled and satisfied as God intends you to be as a married man, you are fortified against the allure of the forbidden woman. After all, why would you sin against God, sin against this one you love, why would you damage this most precious person and the relationship that you already have, why risk all that which is truly good and God-given?  Temptation looses it’s power when marriage is good and godly.

21  For a man’s ways are before the eyes of the LORD,
and he ponders all his paths.
22  The iniquities of the wicked ensnare him,
and he is held fast in the cords of his sin.
23  He dies for lack of discipline,
and because of his great folly he is led astray.

Lastly, remember, in all these things, just in case you think you’re hiding something, thinking  that no one will know about it – don’t kid yourself thinking that what you do with a forbidden woman is secret or unseen.  A man’s ways are before the eyes of the LORD, and he, God ponders all man’s paths.

Wisdom as the bible defines it had nothing to do with cleverness, skill, ability or age, even though personal experience is a valuable potential contributor to wisdom if interpreted in light of revealed truth. Wisdom is a matter of heart orientation to God, out of which flows the desire to please God by our choices and actions.

And here’s the thing, when we are wise, when we fear God as we ought, when we desire to please God with our lives – we end up being the one’s who are blessed because God is a good God and His desires for us are good.  So be wise in this area of sex.

This entry was posted in Relationships, Sex.

One thought on “Forbidden ”

So glad we were able to stay pure, thank you for being strong and wanting to do the right thing!

Sent from my iPad