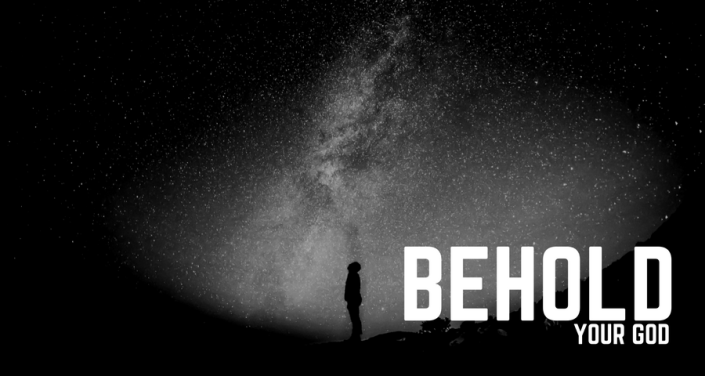 Jesus had lived as a son, brother, neighbour, friend or acquaintance for 30yrs in Nazareth.  Isaiah prophesied about Jesus nearly 900yrs before;

For he grew up before him like a young plant, and like a root out of dry ground; he had no form or majesty that we should look at him, and no beauty that we should desire him. (Isaiah 53:2)

Jesus was remarkably normal to those around Him, Jesus was fully man.  But as his public ministry begins and as John begins to testify about Him John records the early moments and in John 1:35-51 there are six adjectives that help to answer the question; Who is Jesus?

The Lamb of God

This phrase sums up Jesus’ purpose.  He came to give His life as the ransom price for all those who would put their faith in Him.  Jesus is the fulfillment of the whole sacrificial system of worship, repentance and forgiveness, He is the only sacrifice that ever gave His life willingly and the only perfect once and for all sacrifice.

This phrase describes Jesus’ role.  He came to deliver and redeem His people.  Jesus was the long awaited Messiah and amazingly even in these first encounters the disciples had some revelation that this is who Jesus was.

Jesus of Nazareth son of Joseph

This description sums up Jesus’ humanity.  Jesus is and was a historical figure, known by those who lived at the time, known in a time and place.  Jesus is not some mystical figure but was so human some of those eyewitnesses battled to believe He was God.

We know from numerous accounts in the Gospel’s that Jesus was a gifted and authoritative teacher.  At times Jesus let people use this title for Him as He taught a lot about the kingdom yet occasionally Jesus rebuked those who used it in a way that limited His deity and authority (The rich young ruler).  Jesus is the omniscient God, no wonder He taught with authority on all topics He chose to.

The Son of God

This title speaks of Jesus’ primary relationship & His identity.  He is the second member of the Trinity, begotten and beloved Son as the Father exclaimed from heaven more than once to those present to hear.  The gospel of John makes Jesus identity as the Son a central theme.

The King of Israel

This title speaks of Jesus’ kingly position.  As the revelation of the disciples grows Jesus becomes seen to them not just as the King of Israel but the King of kings, Lord if all!

Behold Jesus!  What a Saviour, what a King!

This entry was posted in Jesus, Worship.