Who hasn’t felt the pain of being misrepresented or misunderstood? Many leaders have known the uncomfortable feeling of not being trusted or feeling confident in your leadership slip or even being challenged. Added to the pain and pressure of such moments are your own internal struggles and doubts which only get amplified by the enemy.

Times of pressure, moments when there are delays, setbacks or significant obstacles often heighten these dynamics. The context leading up to Numbers 17 was that God’s people had grumbled against God and His appointed leaders for bribing them out of Egypt, they had doubted and feared rather than trusted God, there had been internal leadership squabbles and outright rebellion and questions raised continually about who should lead.

In moments like these, it is often inappropriate and ineffective, trying to vindicate yourself. Managing the perceptions of others is not only exhausting; it is impossible in the long run. In a wise, lucid moment the apostle Paul reflecting no doubt on some situations from his own life and ministry said this with fatherly wisdom;

“Beloved, never avenge yourselves, but leave it to the wrath of God, for it is written, ‘Vengeance is mine, I will repay, says the Lord’.” (Romans 12:19)

RT Kendal reflecting on this passage advises that we often want to vindicate ourselves, take revenge, make our point, and we could choose to do so, but that is very unwise. It’s like God then says; ‘Oh you want to vindicate yourself! Go ahead and try but you’ll mess it up and end up sinning.’ Rather Kendal says God’s wisdom is to leave vengeance and the desire to vindicate oneself to Him and to His timing.

In Numbers 17, we see God doing exactly what Romans 12:19 promises He will do, as He vindicated Aaron’s ministry as head of the priesthood in a remarkable, public and miraculous way! God’s intent was to stop the discontent & grumbling which doesn’t help those leading or those following;

“The Lord spoke to Moses, saying, 2 “Speak to the people of Israel, and get from them staffs, one for each fathers’ house, from all their chiefs according to their fathers’ houses, twelve staffs. Write each man’s name on his staff, 3 and write Aaron’s name on the staff of Levi. For there shall be one staff for the head of each fathers’ house. 4 Then you shall deposit them in the tent of meeting before the testimony, where I meet with you. 5 And the staff of the man whom I choose shall sprout. Thus I will make to cease from me the grumblings of the people of Israel, which they grumble against you.”

The key thing to notice here is that this is God’s initiative, God stepped in to vindicate Aaron, to silence the discontent. Moses and Aaron were not trying to vindicate themselves (although no doubt they were glad for what God was doing) – God did it. God chose how, and God chose when it would happen – and so it was effective. A right reverence returned to the camp, respect for those God had appointed (vs12).

Remember, when we try to vindicate ourselves, we are likely to mess it up! Not the least because we should be slow to think that we have an accurate perspective on ourselves, our own heads and hearts or the situation we find ourselves in.

Wisely, Paul was cautious about judging himself as he wrote to the Corinthians, some of whom were challenging his leadership;

But with me it is a very small thing that I should be judged by you or by any human court. In fact, I do not even judge myself. 4 For I am not aware of anything against myself, but I am not thereby acquitted. It is the Lord who judges me. 5 Therefore do not pronounce judgment before the time, before the Lord comes, who will bring to light the things now hidden in darkness and will disclose the purposes of the heart. Then each one will receive his commendation from God. (1 Corinthians 4:3-5)

So, if it is God’s prerogative to vindicate, what ought you to do if you feel unjustly treated, misrepresented, falsely accused…? 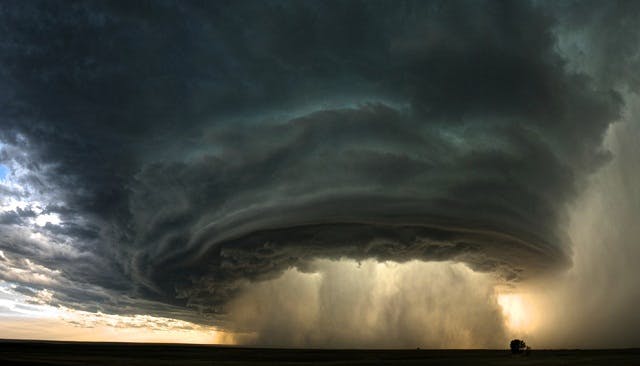 Elisha is the one true God’s representative. In a nation divided and filled with the worship of false gods, the call on Elisha is not just to bring messages for God but to reveal who God is through his everyday life, actions and interactions.

In this chapter we see God revealed in numerous ways through a collection of short stories which all put on display God’s nature as the one who sees, a personal God, involved in the intricate details of people’s lives, who is not indifferent to the cries and the pain that individual people endure. These stories reveal God as the one who is able to miraculously suspend or overturn the normal with His supernatural inbreakings of power at any time on people’s behalf.

Short story 1: Debt (2 Kings 4:1-7)
A poor widow in crisis is struggling with mounting debts and the ongoing challenge of providing for her two children as a single woman has the debt collectors at her door threatening to take away her children as slaves as payment for her debt! Crisis. She asks God by asking Elisha and God provides miraculously an abundance of olive oil which she sells and pays off all her debt and as able to live off the rest. God is the miracle working, prayer answering, need-seeing God who intervenes in remarkable ways for poor or rich people.

Short story 2: Deep Longings & Despair (2 Kings 4:8-39)
A wealthy woman is hospitable and honouring of God’s servant, she was rich but used her wealth to bless Elisha & Gehazi not to gain anything (vs13-14). Elisha discerns the true longing in her heart, one she is not even willing to express for fear of her longing being dashed again, and so promises her a child. She is so shocked she can’t receive this good news (vs16) but she does conceive and a son is given to her. Many years later the child falls suddenly ill and dies will in the fields with his father. She rushes straight to Elisha in deep despair, she would have rather not had a son than have one and then loose one like this! Elisha goes with her, and raises the son from the dead and gives him back to her alive. God knows the deepest longings in our hearts, even the ones we dare not speak of for fear of being hurt or disappointed again or opening up the wound… God is able to bring back to life people, marriages, finances – God is good and is so whether you are rich or poor.

Short story 3: Deadly Stew & Multiplication (2 Kings 4:38-44)
There is a famine in the land, Elisha is hosting around 100 of the prophets. He wants to cook for them, but Gehazi is a bad cook or one of the prophets is injudicious in his produce selection and the stew being cooked is bad, so bad it is like death warmed up. They complain. Elisha miraculously cures the pot with a little flour and the food becomes edible to them all. While they are all there, a man brings to Elisha some of his first fruits offering to supply food for Elisha. Elisha tells Gehazi to set it before the men to eat (but there is not enough – vs43). Elisha tells him to proceed and they all ate and yet there was excess and they had food to spare. God is hospitable, able to throw feasts of abundance in the midst of a famine, able to supply all our needs according to His riches in glory (Philippians 4:19).

Our God heals, answers long-lost longings, provides financially and materially. This all makes me think of the song we sung on Sunday;

So, cry out to him now!  Tell your Father in Heaven your deepest longings, know that He is good and when you can’t join all the dots of your confusing life, He can and He does and so having asked Him trust Him.

But we do not want you to be uninformed, brothers, about those who have fallen asleep… (vs13)

In their short time in Thessalonica, despite having covered many questions about life and faith, it appears as though questions regarding death and life after death were either not covered in Paul’s preaching while in person with them and so much of the remainder of 1 Thessalonians 4-5 focusses on what is commonly regarded as Paul answering questions that had been asked probably via Timothy who returned to Paul and the team.

When someone dies we as believers can be faced with the struggle of reconciling;

Paul said to the Thessalonians, “we do not want you to be uninformed”(vs13). We do not want you to not know what we ought to know. As believers, although there is mystery still regarding death we do know many things from Scripture, and knowing helps grieving.

…that you may not grieve as others do who have no hope.(vs13)

Grief is our multifaceted response to loss. Grief is unpredictable and can be full of conflicting emotions ranging from deep desperate sadness through to the relief that the person who died is no longer suffering, or even relief as the load of caring lifts and yet the pain of guilt that you feel relieved or are doing ok after their death…

Scripture doesn’t say that we as Christ followers won’t grieve.

To not grieve would be to deny our common human experience post-the-fall of humankind. Rather, what this verse teaches is that we don’t grieve in the same way, as those who ‘have no hope’.

Our grieving is transformed by hope. This life is not the end, death is not the end but rather a transition from this life to the next as Jesus Himself said;

Truly, truly, I say to you, whoever hears my word and believes him who sent me has eternal life. He does not come into judgment, but has passed from death to life. (John 5:24)

Believing in Jesus transforms us so radically that death becomes the doorway to eternal life! And in that moment death is swallowed up in victory (1 Corinthians 15:55), in life that’s imperishable.

This is why believers in Jesus don’t grieve the death of a fellow believer in the same way, as those with no hope, yes they grieve – because there is loss, a break in relationship for the present time, but that loss is informed, is transformed by the knowledge that this loved one if they believed in Jesus Christ has nothing but glorious suffering free imperishable life in their eternal trajectory with Jesus!

For since we believe that Jesus died and rose again, even so, through Jesus, God will bring with him those who have fallen asleep.(vs14)

Jesus who died and rose again, will resurrect us who believe, will resurrect those who have died having believed in Him in this life. And this knowledge, that believers in Jesus will be resurrected by Jesus on the day of His glorious second coming transforms our grief, doesn’t take it away, but fills it with unshakeable hope.